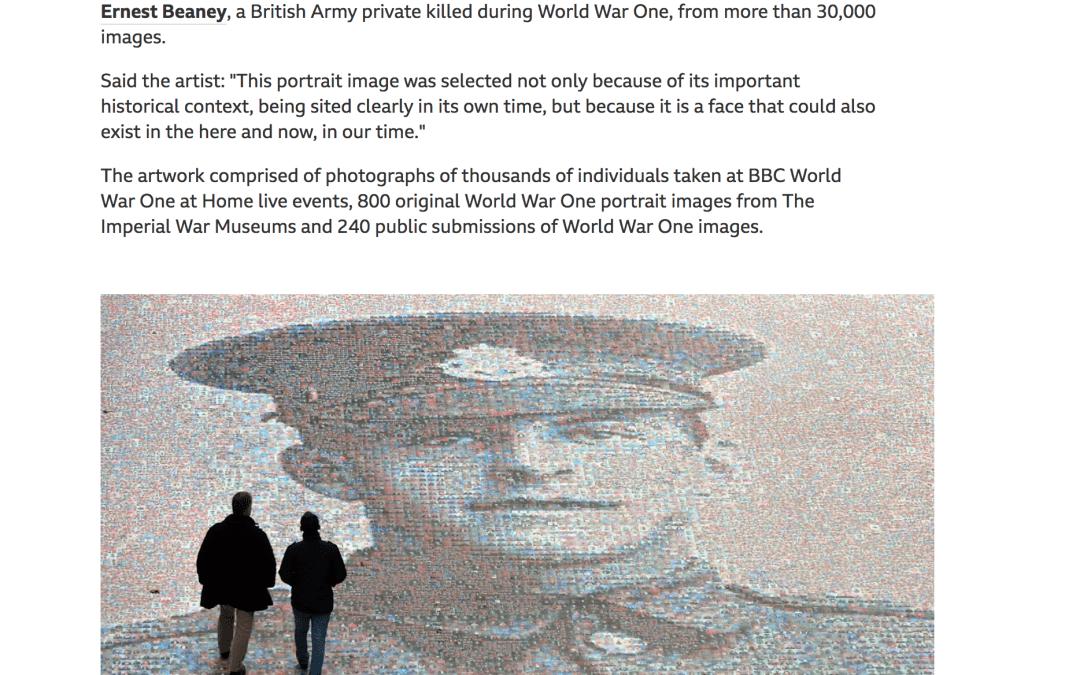 Said the artist: “This portrait image was selected not only because of its important historical context, being sited clearly in its own time, but because it is a face that could also exist in the here and now, in our time.”

The artwork comprised of photographs of thousands of individuals taken at BBC World War One at Home live events, 800 original World War One portrait images from The Imperial War Museums and 240 public submissions of World War One images.