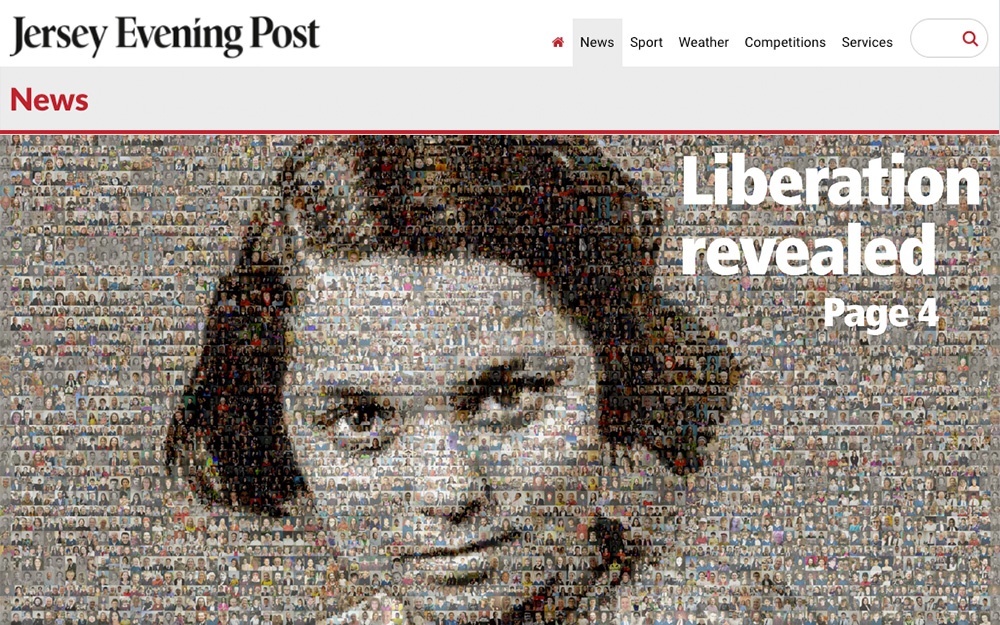 The large mural to commemorate the 75th anniversary of the Island’s Liberation deom German forces is to be unveiled today – with 92-year-old Barbara Jouanny chosen as the Face of Liberation.

Mrs Jouanny’s Occupation identity card photo was chosen from more than 6,000 images contributed by Islanders in the quest to identify a face representing Liberation 75.