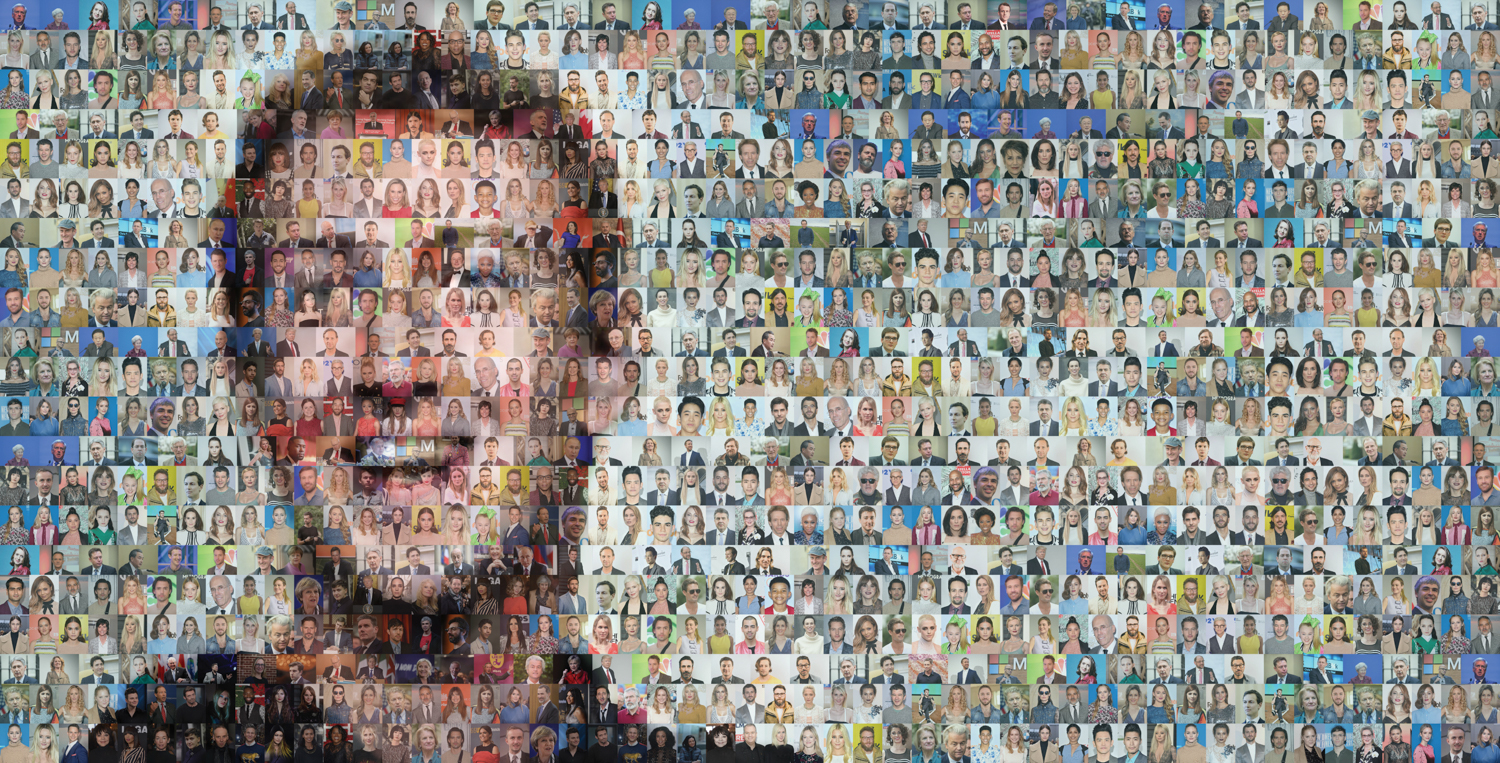 The mosaic of Mark Zuckerberg is made up of around 1,000 photographs and was specially produced for the FT by London-based visual artist Helen Marshall of The People’s Picture.

The process by which collective images become a single image is described by Marshall as a “scientific experiment” but also an “intuitive process”.

After digitally hand-painting the base image – in this case of the Facebook founder – Marshall gathers more images, anywhere up to 20,000, which she whittles down and edits individually.

Read the article ‘Noah Harari challenges the future according to Facebook‘ by Yuval Noah Harari. 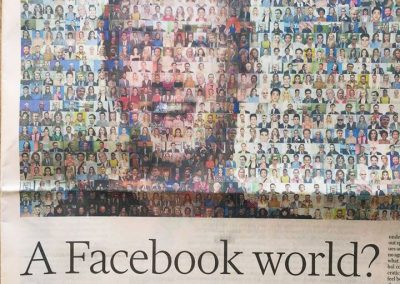 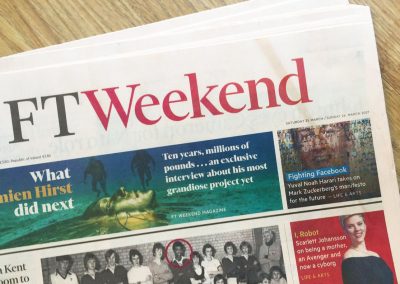 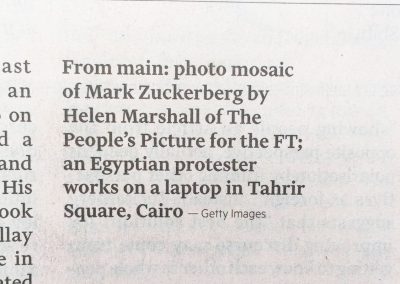 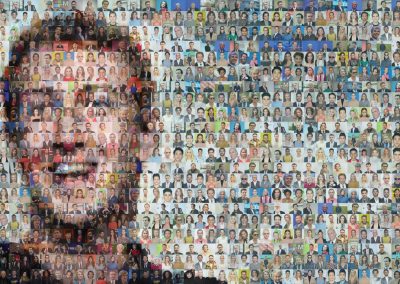