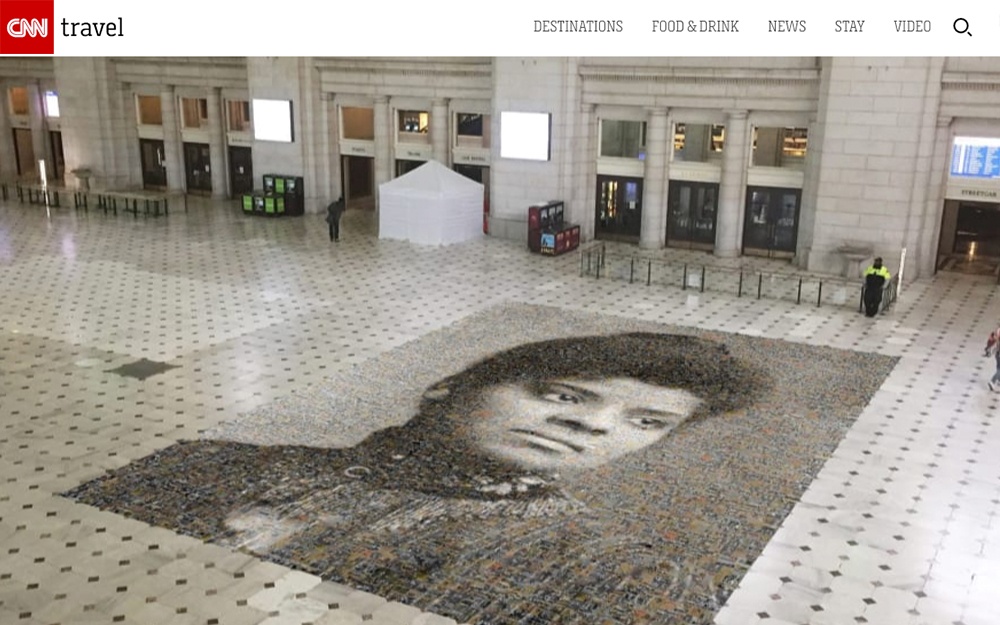 (CNN) — It’s been 100 years since American women were granted the right to vote. To commemorate this milestone, a massive mosaic of suffragist and civil rights leader, Ida B. Wells, is being installed on the floor of Union Station in Washington DC.

But if you look closely, Wells isn’t the only woman being honored. The portrait is comprised of thousands of historical photos featuring woman who fought for the right for women to vote, according to the Women’s Suffrage Centennial Commission (WSCC).

“What we are able to do with this art installation is that we can show the depths of this movement,” Anna Laymon, WSCC Executive Director, told CNN on Tuesday. “It wasn’t just one woman who fought for the right to vote it was thousands.”