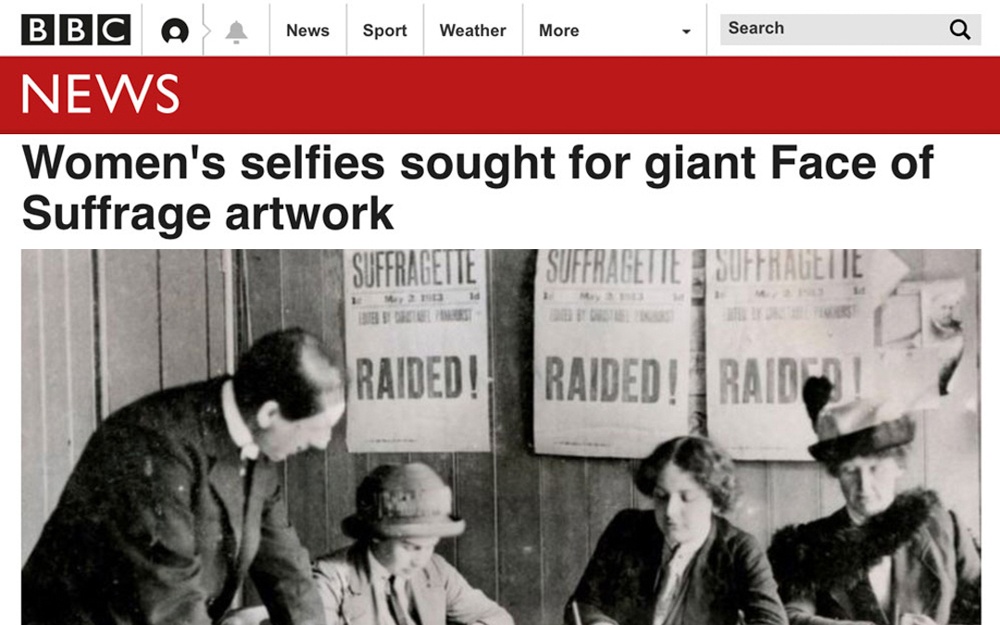 Photos of thousands of girls and women are to form a giant mosaic of a suffragette to mark 100 years since the first British women won the vote.

Artist Helen Marshall called for selfies and photos of women in people’s lives “you wish to celebrate” for the Face of Suffrage project.

“It’s not just about brave and daring stories,” she said. “It’s really about taking part and being visible.”

The art will be displayed at Birmingham New Street Station from 15 November.

More than 3,000 photos are expected to be used in the 20m (66ft) tall work revealing the identity of an “inspiring” suffragette from the West Midlands.

Some women voted in a general election for the first time on 14 December 1918.

Women across the region can take part via “pop-up” photo events or anyone can contribute online at the project’s website and by social media.

Ms Marshall, whose work has included creating a mosaic of a fallen World War One soldier, said the project would also tell women’s stories but they did not need to be heroic ones.

“It could be just about love, or something everyday,” she said.

The artwork also marked a new chapter in her life as a mother and an artist, she said.

“This has felt personal as a woman, as a single parent bringing up a child and because I am doing what I want by being an artist,” she said.

“I think it is difficult for women in the art world as it is in some other sectors.”