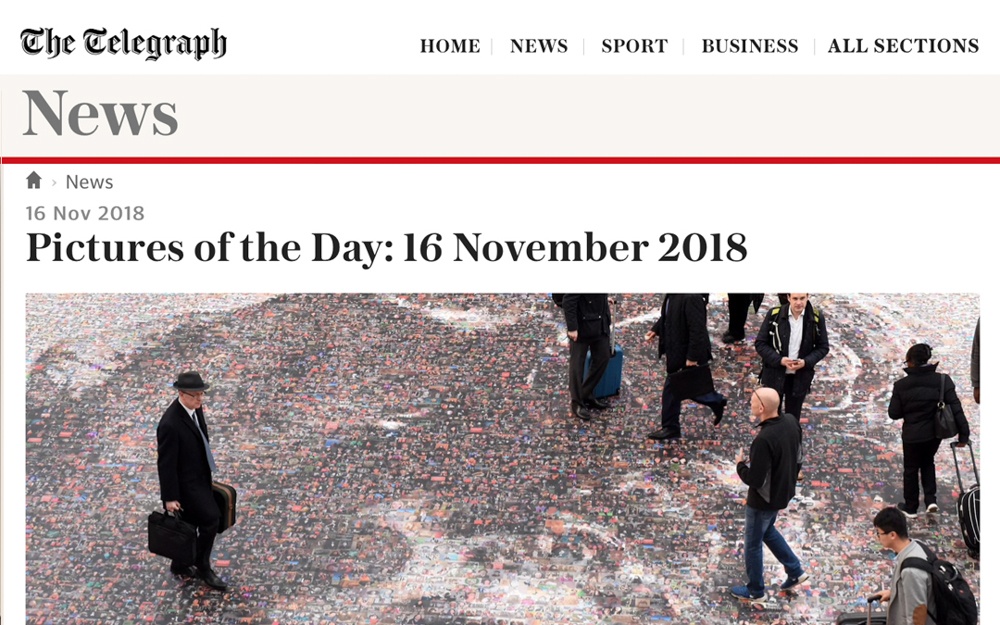 A giant 65ft mosaic portrait of militant Suffragette Hilda Burkitt has been unveiled in the atrium of Grand Central at Birmingham New Street Station. The mosaic is made up of 3,724 photos submitted by members of the public to create the Named face of suffrage artwork. Hilda Burkitt was born in Wolverhampton in 1876 and was jailed for throwing a stone at the train carrying Prime Minister Herbert Asquith and breaking a window. She went on hunger strike and was force fed 292 times during her sentence in Birminghams Winson Green Prison.