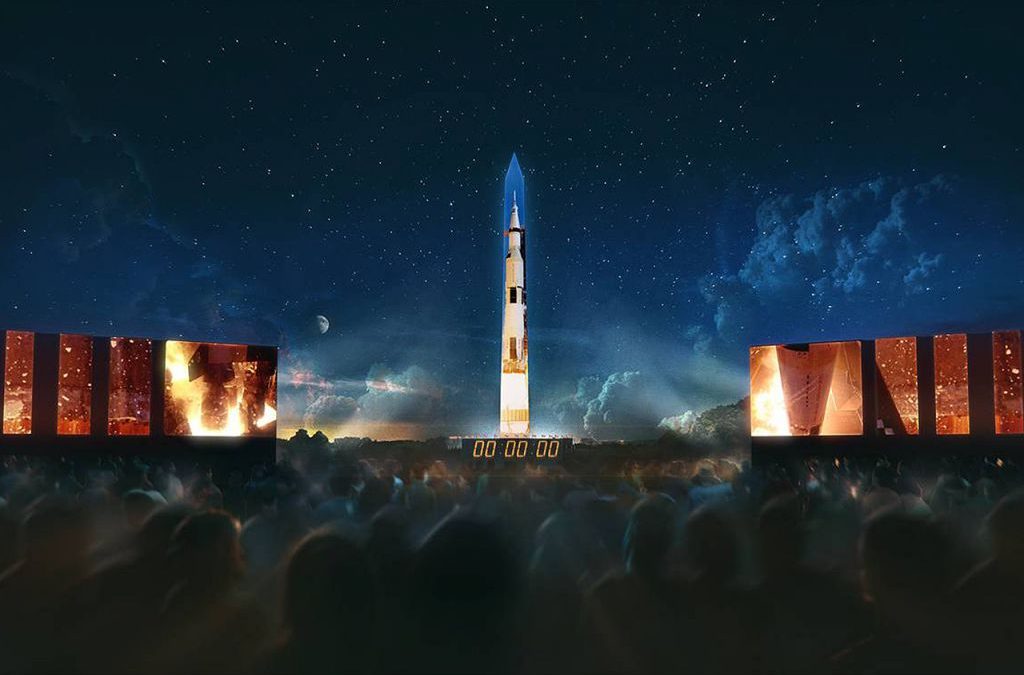 On July 20, 1969, the public gathered in New York City’s Times Square to witness the first boot prints being made on the lunar surface. Fifty years later, the moon is coming to Manhattan in the form of a boot print made by the people.

Artist Helen Marshall of The People’s Picture will debut her giant, floor-based mosaic of a moon boot print populated with the photos of people from around the world as part of a multimedia celebration of the first moon landing. The July 20 event, which promises to bring Tranquility Base to Times Square, will also feature video from the historic moon landing on some of the Square’s iconic digital screens.

“Our goal is to recapture that spirit and give thousands the opportunity to put themselves in the place where only 12 men have gone before and to share this historic moment, just like people did 50 years ago,” Andrew Aldrin, son of Apollo 11 astronaut Buzz Aldrin and president of the Aldrin Family Foundation, a partner in the People’s Moon event, said in a statement.

“Through this celebration, we hope to inspire today’s generation, give them hope for the future like Apollo did for generations before, and help them realize that their own ‘giant leap’ is right within their grasp,” said Aldrin.

At the same time that the moon landing video is playing in Times Square, it will also appear on screens on London on the Lights in Piccadilly Circus in the U.K. and at the Art Science Museum in Marina Bay in Singapore. Some of the people’s photos from Marshall’s mosaic will also make their way to Kennedy Space Center Visitor Complex in Florida as a permanent digital display.