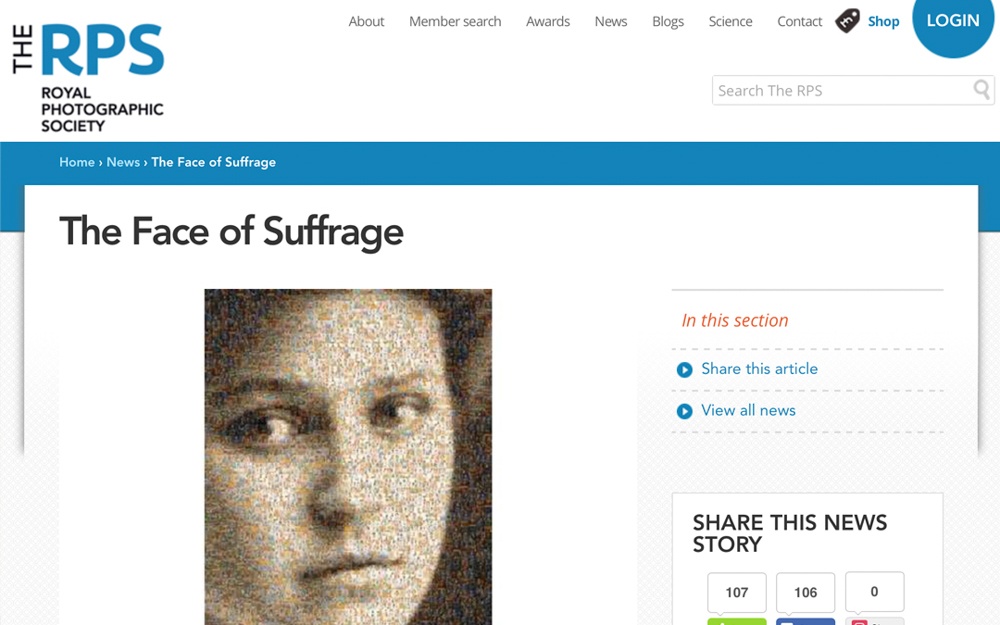 In 1918, after years of campaigning, women were granted the right to vote. One hundred years on, women and girls* across the region and beyond are invited to mark this historic moment as part of a living visual portrait of women in the 21st century. The 200 square metre giant portrait revealing the face of a local woman from the Suffrage movement will be composed of 3,500 photos. Approximately 170,000 local, national and international travellers per day will be able to view it on the concourse at Birmingham New Street Station from November 15th – December 15th.

An exhibition of photos of women involved in the Suffrage Movement from LSE Woman’s Library will  also be on show at Birmingham Hippodrome from the 16th October 2018 and there will be screen based featured photos and stories at the Station Concourse.

This is a project by The People’s Picture (a photography and design studio from British artist Helen Marshall), which is co-produced by Grain Photography Hub, with the support of Network Rail, Arts Council England and CrossCountry trains.

You have until 31st October to submit your photos which can be new pictures (including images from social media) or scanned pictures from the family album.

* together with those who identify as female or non-binary.