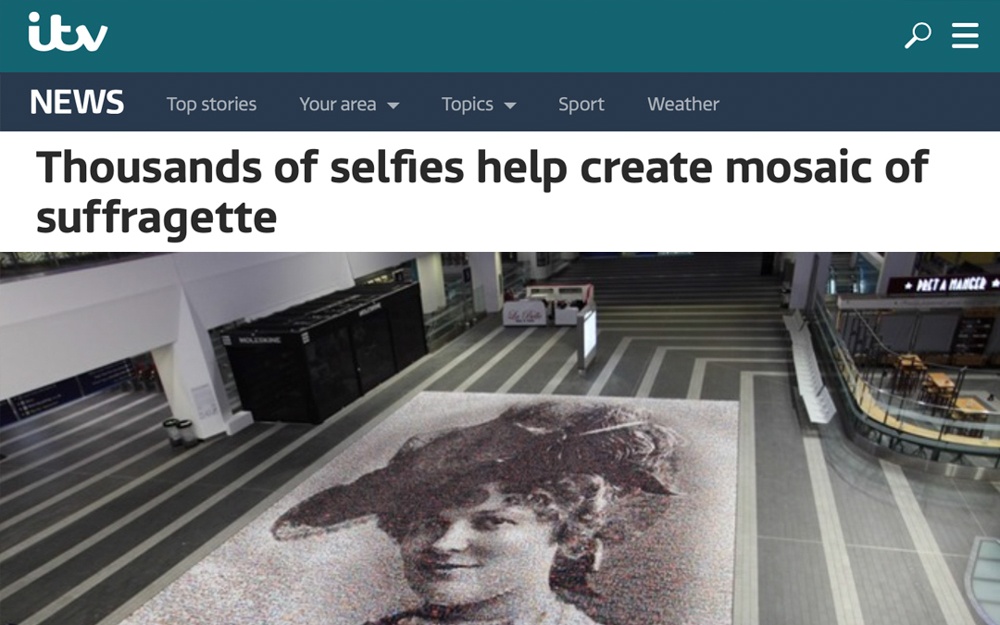 An art installation marking 100 years since women were given the vote has been unveiled at Birmingham New Street station.

The floor-based artwork called “The Face of Suffrage” is made of a mosaic of more than 3,700 images of women from across the West Midlands and the UK.

The collage shows Hilda Burkitt, a leading face from the suffrage movement in the West Midlands.

It was created by artist Helen Marshall, of the People’s Picture, who has installed similar projects across Britain marking other historic occasions.

“I really enjoyed creating this piece and I am indebted to the thousands of people who sent in their photos and those who helped me realise my original vision on a giant scale.The photo is the face of a smiling Edwardian lady, but her story is far from what we might expect. I spent some time researching women from the West Midlands involved in the fight for the women’s vote. Whilst all women have a daring and brave story to tell, Hilda’s was uniquely connected to the station and Birmingham. I felt a connection to the photo because she looks us right in the eye and we are reminded that what we take for granted today happened only yesterday. I hope people will learn something new and be inspired!”  – HELEN MARSHALL